Catholics Must Take The Lead in Stopping Assisted Suicide 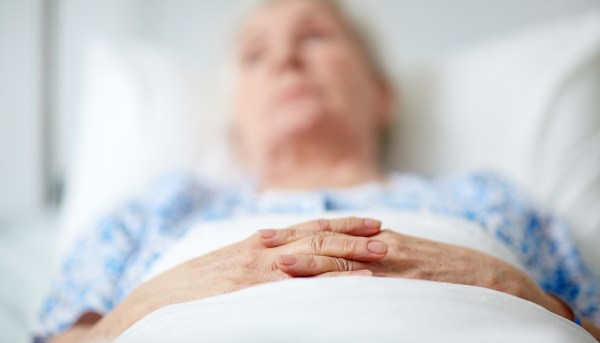 Catholics Must Take The Lead in Stopping Assisted Suicide

The Euthanasia Prevention Coalition USA held its national conference Oct. 15 in Hartford, Connecticut, and Dr. Paul Carpentier of West Islip, New York, reported it included “the most impressive and actionable lecture of thousands that I have heard in my career!”

“Suicide is pernicious because it is financially motivated and will expand rapidly if even minimally accepted,” according to Dr. Carpentier’s report to colleagues. He attended the conference on behalf of the Healthcare Policy Committee of the Catholic Medical Association.

“It can be stopped in its tracks, but this secular conference concluded that Catholic hospitals and systems will hold the key. We have to act now.” Dr. Carpentier is a 35-year family physician who has attended his patients in intensive care units, hospitals, nursing homes, rehab centers, home visits, and hospice scenarios.

He was joined by Dr. William Toffler who also presented at the conference. Dr. Toffler is Professor Emeritus of Family Medicine at Oregon Health & Science University, and “is committed to defending the long-standing, medical prohibition against doing harm.”

The Euthanasia Prevention Coalition “represent the vulnerable and advocates before the courts on issues related to euthanasia and assisted suicide.”

Dr. Carpentier said physicians must insist that assisted suicide never be adopted as a treatment. “Once a medical group describes it as a treatment, then it can be adopted by federal/state governments and medical insurers as one of the ‘treatment’ options, if not the only option, that they will cover. Suicide drugs should not be considered medications.  They do not treat or heal anything.  Death is not a treatment.”

He urged Catholics to take the lead in fighting assisted suicide.

“We and our coalitions should push for truly Catholic Hospitals/Systems to focus on excellent palliative care, setting the standard and becoming the sought-after locations for persons and loved ones, showing the person utmost respect and availing them of the best medical and surgical palliative skills. Our hospitals that are truly following the ERDs are not allowed to perform and refer for suicide. This is a very, very good standard to set,” he reports.

“In Canada, the hospice/palliative care physicians initially agreed that assisted suicide could be an option in rare circumstances. Once that capitulation occurred, the reasons, ages, and populations that were candidates very quickly expanded, like a nuclear shock wave, leading some legislators to call it the ‘Slippery Cliff!’ And shortly thereafter, suicide became a substitute for palliative care, and then a duty to offer, then a duty to die, and now a great many are done without consent.”

The tragedy is that governments that are paying for health care, especially where national health systems are more developed as in Canada and Europe, have a financial incentive to allow assisted suicide and even euthanasia.  Sick people, especially older sick people and the disabled, cost more than healthy young people.

People don’t want to believe that benevolent politicians would yield to these incentives, but they do. And the Slippery “Cliff” that Dr. Carpentier describes begins. The rising number of “deaths of despair” show our nation is in a precarious position.

The “Death with Dignity Act” in Oregon—the first state to allow physician-assisted suicide—allows terminally ill patients to end their lives “through voluntary self-administration of a lethal dose of medications prescribed by a physician for that purpose.” Oregon no longer requires people to be residents of the state to end their lives.

In 2021, 238 people died in the state from ingesting the prescribed medications. Eleven U.S. states allow assisted suicide.  Current laws in New Mexico, one of the 11, potentially would allow the building of “death centers.”

Joining Belgium, the Netherlands, Luxembourg and Canada in allowing voluntary euthanasia will be Colombia, Spain, New Zealand and several Australian states where it has recently become legal, or will soon. Last year, Canada changed its law to permit people with chronic, “grievous and irremediable” conditions and physical disabilities to commit suicide, even if they are not terminally ill.

Catholic physicians and hospitals will have to fight to defend their beliefs. The Daily Signal raises the alarm about an article in The Washington Post: Washington Post Worries That America Has Too Many Catholic Hospitals.

Dr. Carpentier says he has seen in his career that suicide first “became a substitute for palliative care, and then a duty to offer, then a duty to die, and now very many are done without consent.”

Canada has labeled physician-assisted suicide as “Essential Medical Care.” It amounts to another tool in the doctors’ kit to lower expenditures on medical care, leading to “a utilitarian promotion of early death.”

The Province of Quebec has shown a rapid rise in physician-prescribed homicides to 2,426 last year.  That is an order of magnitude greater than Oregon’s 238. (The two jurisdictions have nearly equal populations.)

Utilitarian Death Medicine is being considered a categorical good, Friesen says. It is seen as a “positive societal good.”  Then it is considered appropriate for the state to force doctors to inform, then for doctors to provide, then for society to facilitate death. Therefore it becomes practically a duty to die, and this in turn severely limits all persons’ options, especially those with the greatest health challenges, to receive healing, life preserving care.

“We pay taxes and insurance premiums in order to have access to care, but the companies and governments that hold the purse strings do not see it that way.  They consider the funds to be their money! And payments for someone’s care become ‘medical losses!’”

Then the medical indications for assisted suicide rapidly expand, and the types of persons who are encouraged to die expands rapidly (young, mentally ill, incompetent, depressed, or even simply tired or lonely).  The ability to choose amongst treatment options becomes less and less available.

This is completing the transition to utilitarian economics.  Patients used to be responsible for their own medical expenses. Then a group of consumers and companies became the “payers,” with the patient simply a “beneficiary” or “covered life.” This results in an inherent conflict of interest: person vs payer.

Dr. Friesen continues, paraphrasing: The ill person is then seen as an ‘Economically Embarrassing’ person.  Then it is no surprise that treatment is withheld.  Care decisions are based on cost and benefit, especially as the insurers tout value of care above patient choice.  When the insurers pay the providers rather than the patient paying the providers, cost prevails in decisions, and doctors are forced to administer or refer patients for death. Morally, the physician referring is complicit in the act/procedure.

There is no medical consensus on death as treatment, therefore there is no basis for granting “essential status” to a death prescription.  In fact, there are disagreements amongst physicians, in fact a preponderance of providers are against death prescriptions. Terming the death of a patient as medicine, medication or medical, should be completely denied!  Most states understand the dangers and how it leads to lack of choice and coerced deaths. A declarative stand in some states will be helpful.

It comes down to mathematical reasoning (purse strings) rather than moral reasoning.  Hippocrates knew this.  He witnessed doctors mercilessly exploiting their patients.  Now we have the Oath to protect patients.

It is time for the physician to stand up and declare “I don’t kill my patients,” because the system is taking over the patients’ finances.

Patients will overwhelmingly choose to put their trust in doctors who have promised not to kill.  We must inform the consumers:  “We want doctors who will spend our money on us!”  Doctors who do not kill.  Life affirming care.  This even presents a commercial opportunity, even to the point of medical tourism to service patients in a safe place.  (Patients are already travelling to life-affirming doctors from long distances.)

Friesen accurately points out, “affirmation of this increases demand for your services.  We can benefit from the proven Hippocratic advantage, and the consumer should be encouraged to expect this.  Strip away the false cover of medical legitimacy for the benefit of all.  We are here to heal our patients, not to kill them.  Advocates for death tend to associate all objections with religion. But The Hippocratic Victory was scored in pre-Christian times!  As patients declared, ‘That is the kind of physician that I want!’”

Grace-Marie Turner runs the Galen Institute which advocates health policy solutions that put doctors and patients first.  She is a volunteer advisor to the Catholic Health Care Leadership Alliance and the Catholic Medical Association.