How to comment on Biden rule forcing doctors to perform transition surgeries, abortions 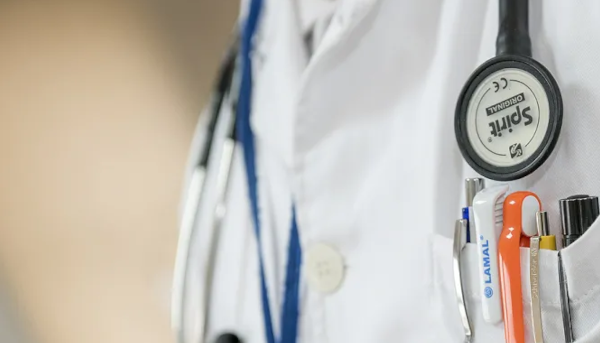 How to comment on Biden rule forcing doctors to perform transition surgeries, abortions

Washington, D.C. – The Biden administration’s proposed rule that would force doctors and hospitals to provide gender transition procedures and abortions went live Wednesday, beginning the 60-day comment period during which members of the public can voice their objections before it becomes the law of the land.

The Department of Health and Human Services (HHS) rule was published in the Federal Register yesterday. Outside groups and individuals have until October 3, 2022, to submit comments that may be considered in the rule-making process.

The rule would revise the Affordable Care Act (ACA) to add “sexual orientation and gender identity” and “reproductive health care services” including “pregnancy termination” to existing “protections against discrimination on the basis of sex.”

The action would reverse Trump-era conscience protections for medical professionals. It would also expand the Obama-era version of the rule to include abortion.

Catholic medical organizations have already stated they will submit comments opposing the rule’s mandate, but a former HHS official is encouraging citizens to speak out too.

Arina Grossu, former senior communications advisor in the Office for Civil Rights at HHS, wrote in an email to CNA that “It is critical for individuals and organizations to express their unique voice through the public comment process while there still is time.

“If you care deeply about protecting conscience rights and the integrity of health care, this is your chance to speak up,” she added.

Grossu, a fellow with the Discovery Institute’s Center on Human Exceptionalism, recommends a guide from the Ethics and Public Policy Center (EPPC) that explains how concerned citizens can submit impactful comments on rules.

“Comments are the public’s last best chance to influence agency rules that will bind or affect them with the force of law,” the resource emphasizes.

The guide emphasizes that it is important for commenters to submit individual, unique arguments for how the rule would negatively impact them or their organizations. Including relevant expertise and citing personal stories or examples is also helpful.

How to submit comments

To submit comments online, individuals can navigate to where the rule is posted in the Federal Register and click “Submit a Formal Comment” in the top right-hand of the page.

An online form with required fields will pop up, asking commenters to submit their comments and specify whether they are an individual, group, or prefer to remain anonymous.

There is also an option to leave an email address to receive confirmation of one’s submission along with a tracking number, or attach additional documentation to support a comment.

Catholic Healthcare Leadership Alliance (CHCLA) released a statement Thursday morning saying it would be adding its comment in opposition to the rule.

Dr. Steven White, president of CHCLA, called the proposed regulation a “terrible affront” to the rights of doctors who practice in line with their consciences.

“Catholic hospitals and Catholic health care professionals are bound to follow the long-standing tradition of the healing ministry of Jesus Christ and His Church,” he said in the statement, which includes “providing life-affirming care from conception to natural death and upholding the dignity of the human person made in the image of God as male and female.”

You can submit your comments on the rule here.

Original article may be found HERE.