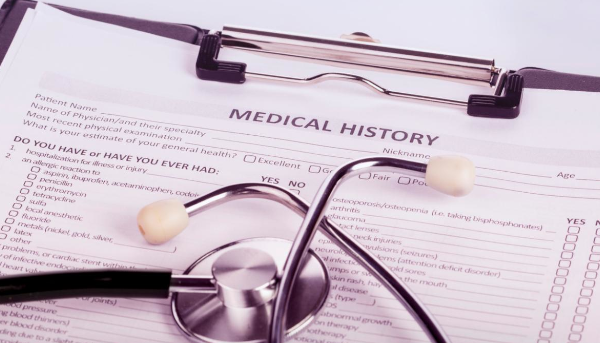 Many of the problems in our health sector result from misguided, even if well-intentioned, laws that require doctors, hospitals, and others to follow bureaucratic dictates rather than focus primarily on the needs of patients.

Here are two initiatives currently being advanced in Washington that would put more people in policies under government control:

As part of a COVID relief package last year, Congress made the ACA’s premium tax credits more generous and lifted the income cap on eligibility for subsidies for 2021 and 2022.

The Schumer-Manchin reconciliation bill now making its way through Congress will extend the expanded and enhanced subsidies for ACA health insurance for three more years.

Healthcare analyst Doug Badger explains that smaller businesses that aren’t subject to the Affordable Care Act’s mandate to provide insurance will have strong incentives to discontinue offering coverage to their employees. More people will be forced off their current private health plans than would gain new coverage, his analysis shows.

The added subsidies also are highly regressive. Most of those benefiting are in the upper two income quintiles, many of whom drop private coverage to take advantage of the taxpayer subsidies. For example, a family with an income of $225,000 can qualify for a subsidy of $10,000 a year or more—several times the subsidy increase that households earning $55,000 receive, according to an analysis by Brian Blase, president of the Paragon Health Institute.

The taxpayer-supported ACA plans largely replace private coverage that people had before. If made permanent, employer coverage will be eroded and millions more people will fall into policies where government, not doctors and patients, makes medical decisions.

Allowing the extra subsidies to expire will not change the number of people who have health insurance. The Congressional Budget Office estimates that next year 17 million people—the same number as this year—will have individual coverage, even without the expanded subsidies.

The Biden administration also is pushing an illegal regulatory action that would pull even more people into Obamacare plans.

It’s called the “Family Glitch,” a statutory provision of the ACA that disallows dependents from signing up for Obamacare subsidies if a family member is eligible for affordable coverage at work.

In addition to lacking a basis in statute, the proposed regulation would harm many of the families it purports to help, impose new financial burdens on states, and increase the federal debt and inflation without appreciably expanding health coverage.

Expanding Obamacare is a misguided idea. The ACA has driven up health costs, reduced choices, and made it harder for sick people to get care—all while giving a blank check from taxpayers to health insurers, hospitals, and other big health care businesses.

We must get the federal government out of the business of micro-managing our health care. Government involvement is increasing costs and reducing control over health care decisions for patients and doctors.

Premiums for insurance in the individual market dominated by ACA policies have soared, with average premiums increasing from $242 to $589—a 143% increase—between 2013 and 2019. Deductibles also skyrocketed. The average annual premium plus deductible for a family of four with an ACA plan was about $25,000 in 2021. People are forced to pay more for lower quality insurance.

Subsidies push up prices and premiums, and they are a poor use of taxpayer dollars since much of the benefit accrues to higher-income people who are already insured.

Health care is too local and personal for a one-size-fits-all approach to work. We are anxious to shift our focus to proposals that will unleash the innovation and energy that are pent up in our health sector. Our goal is to return power to doctors and patients. That is our task next year and for many years to come.

Grace-Marie Turner is president of the Galen Institute where she writes and speaks extensively about health reform that puts doctors and patients in control of medical decisions.