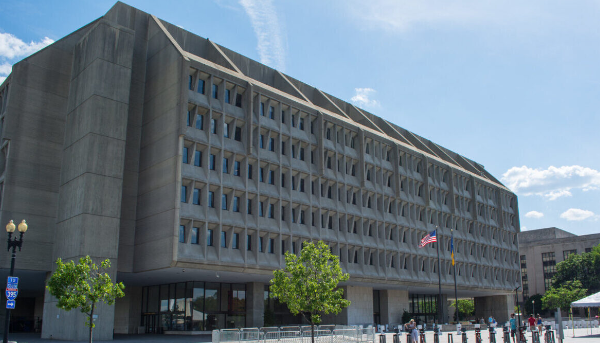 Imagine the Environmental Protection Agency decides that, instead of setting air pollution standards, it will outsource oversight to an industry group called the “Emission Standards Coalition,” which, despite its innocuous name, is funded and staffed entirely by coal companies. Or, closer to home, imagine that city councilmembers in your quiet suburb decide that henceforth all speed limits will be set by the local auto racing club.

We all would promptly object, haranguing the government for abdicating its most basic responsibility to citizens. “Foxes shouldn’t guard henhouses,” we’d say. Rules meant for public health and safety shouldn’t become tools to advance special interests and profit seekers. Lifting pollution and speed limits may benefit factory and Ferrari owners, but the public at large will have to cope with the resulting damage.

Farfetched as these examples might seem, something like this is happening in health care. Along the new frontier of “transgender health,” novel and even destructive “standards of care” are being set by ideologues and billionaire-backed foundations — all with the government’s blessing.

Earlier this year, President Joe Biden’s Department of Health and Human Services (HHS) published a proposed rule under Section 1557 of the Affordable Care Act. Behind its 190-plus pages and innocent-sounding name (“Nondiscrimination in Health Programs and Activities”) hides a radical agenda that would reshape the nation’s health care in alarming ways.

HHS is proposing new national standards for what it calls “gender affirming care,” mandating that doctors provide these services and insurance plans cover them. What is “gender affirming care” exactly? HHS never really says. Its proposed rule neither defines the term nor identifies objective standards — such as age limits — that might apply. Instead, HHS incorporates guidance from medical societies and a group calling itself the “World Professional Association for Transgender Health,” or WPATH.

WPATH is not a government agency. It is a trans-activist group. Its president is Dr. Marci Bowers, a man identifying as a woman and self-described “pioneer in the field of Gender Affirmation Surgery” with her own transgender reality show, “Sex Change Hospital.” WPATH’s staff appears to be largely borrowed from Veritas, a for-profit company that does marketing and public relations for medical societies. WPATH’s funders include the Arcus Foundation (“one of the largest LGBT funders in the world”), the Soros-backed Open Society Foundations, and the Tawani Foundation, headed by transgender billionaire Jennifer Pritzker.

In 2018, the Tawani Foundation gave WPATH $200,000 to develop its so-called “Standards of Care,” a gift that earned Pritzker the WPATH “Philanthropy Award.” And Pritzker is heavily invested in trans causes. While the foundation has been funneling money to groups like WPATH and the National Center for Transgender Equality, its for-profit arm, Tawani Enterprises, is making financial bets on medical devices, implants, and surgical cutting tools. With the transgender surgery market expected to grow by billions of dollars over the next decade, one careful observer notes that “it is hard to avoid the impression of complementarity” here.

No surprise, then, that the WPATH standards that HHS hopes to enshrine into law reflect the radical views of its backers. On the list of WPATH “treatments” are mutilating surgeries (mastectomies, vaginectomies, penectomies), “chest binding,” “genital tucking,” “aesthetic procedures” like “body contouring” and “voice surgery,” and puberty-blocking drugs for children. There’s no minimum age requirement for these procedures. WPATH even calls for “psychotherapy” for prepubescent “gender diverse children” to “explore their gender,” with parents involved “as necessary” and excluded if their involvement is “contra-indicated.” WPATH says it’s “committed to advocacy” for “social and political climates that ensure social tolerance, equality, and the full rights of citizenship.”

This isn’t medicine. It is the destruction of healthy bodies, the indoctrination of children, and the dissolution of parental rights. It is radical sexual ideology under the guise of science.

Rest of the World Backs Away

Even to call WPATH’s guidance “standards of care” is misleading. As the Society for Evidence Based Gender Medicine explains, a true standard of care “is a treatment approach that all reasonable providers would use in a particular clinical situation,” but no such consensus exists for so-called “gender affirming care,” especially for kids. And the mounting damage this form of “care” is doing to both kids and adults is well-documented. It’s why countries around the world are backing away from it, even as HHS bureaucrats are strangely doubling down.

It isn’t shocking that a bunch of well-funded activists could come together, give their glossy PDFs a veneer of academic credibility, and market their views as a new sexual orthodoxy. What is shocking is that they’ve managed to capture the federal bureaucracy. For HHS to uncritically platform WPATH, mandating shoddy science and destructive medicine as law, is an alarming development that deserves greater scrutiny.

Ultimately, this is a lawless effort. HHS has no power to override the states and the medical profession by imposing “standards of care” for the entire country. Nor can HHS force these standards on health care professionals in violation of their ethical and religious convictions. And purporting to delegate these tasks to billionaire-backed ideologues with no democratic accountability is worse yet. Just as racing enthusiasts don’t set speed limits and coal companies don’t set pollution rules, transgender activists shouldn’t be setting national medical standards.

The original article can be found here.